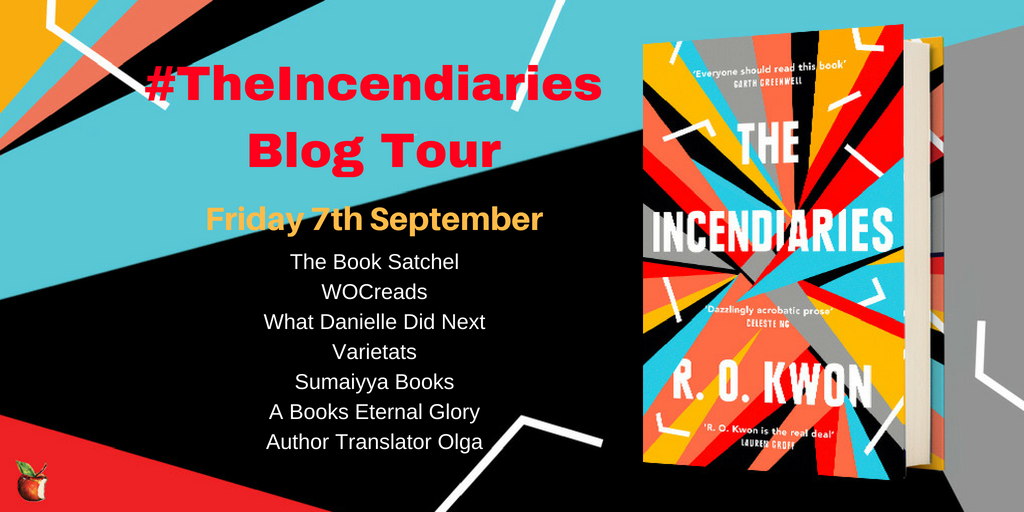 Phoebe Lin and Will Kendall meet their first month at prestigious Edwards University. Phoebe is a glamorous girl who doesn’t tell anyone she blames herself for her mother’s recent death. Will is a misfit scholarship boy who transfers to Edwards from Bible college, waiting tables to get by. What he knows for sure is that he loves Phoebe.

Grieving and guilt-ridden, Phoebe is increasingly drawn into a religious group—a secretive extremist cult—founded by a charismatic former student, John Leal. He has an enigmatic past that involves North Korea and Phoebe’s Korean American family. Meanwhile, Will struggles to confront the fundamentalism he’s tried to escape, and the obsession consuming the one he loves. When the group bombs several buildings in the name of faith, killing five people, Phoebe disappears. Will devotes himself to finding her, tilting into obsession himself, seeking answers to what happened to Phoebe and if she could have been responsible for this violent act.

R.O. Kwon’s debut novel The Incendiaries is a slim volume about religion, faith and loss that packs a punch. Will Kendall and Phoebe Lin are students at Edwards University. Will is a white, lapsed Christian, transferring from Bible college, while Korean-American Phoebe has lost her mother in a car accidents and quit the piano.

This is a novel that refuses the reader a connection with the characters. Told from seemingly alternate points of view, we come to find that it is really Will’s perspective and what he imagines Phoebe’s thoughts to be, not truly Phoebe’s inner life that we read about. Viewing Phoebe through Will’s eyes, we can never quite get a grasp on her and she remains vague and unknowable. And Will too appears to be a vessel more than a three-dimensional character.

While Will  is still reeling from his loss of faith and finds a sort of anchor in his obsession with Phoebe, Phoebe herself is caught in a spiral of guilt over her mother’s death. She is caught between being that place of loss and the severed connection with her old life and a new faith she find in the cult around John Leal, whose group, including Phoebe, becomes capable of horrible violence. Kwon explores this place of no absolutes and shifting belongings, turning our expectation of a novel about religious extremism on its head.

There’s so much talent and hard work in every sentence and it shows. Kwon’s use of language is sharp and precise and she really woes her readers linguistically.

The Incendiaries was a fascinating, complex and at times frustrating novel but ultimately an amazing read. I look forward to reading more of R.O. Kwon’s work in the future. The Incendiaries is out now in the UK from Virago Press, go check it out!

Disclaimer: I received a free copy of this book from the publisher, in exchange for an honest review.

8 thoughts on “Review: The Incendiaries by R.O. Kwon – Blog Tour”